Musings on the baffling fact of the Bermuda Championship’s existence

Thoughts and prayers to everyone raking leaves this week. Don’t hurt your back.

Paul Stankowski is 51 years old and works as an analyst for PGA Tour Live. Carlos Franco is 56 and hasn’t finished inside the top 50 in a PGA Tour event since 2010. Tommy Armour III is 62 and has made one start on the PGA Tour in the past 11 years.

What do all three of these men have in common? They turned down spots in this weekend’s Butterfield Bermuda Championship.

Originally scheduled opposite a World Golf Championships event in China, the Bermuda Championship received a bigger purse and the full complement of FedEx Cup points after the WGC was canceled this year. Even so, the tournament’s strength-of-field rating, as determined by the Official World Golf Ranking, currently sits at 68, the lowest of any full-field PGA Tour event in 2021. (For reference, the Travelers Championship typically rates in the 400-500 range). As we write this, 127 players are set to compete in the Bermuda Championship, five short of the number that could have entered. The alternate list is now exhausted, so the field can only get smaller.

No doubt there are some unique factors at play here. Travel off the mainland isn’t easy, and Bermuda has understandably strict Covid-19 measures in place.

Still, the thinness of this week’s field should give the PGA Tour pause. Even though a $6.5 million purse and a $1.17 million top prize are on offer, only three top-50 players (Matt Fitzpatrick, Patrick Reed, and Christiaan Bezuidenhout) felt it worth their time to make the trip.

We’d love it if the PGA Tour would stop diluting its product with events as weak as this one. But that would require the suits in Ponte Vedra to turn down two of their favorite things: sponsorship dollars and TV revenue. Unlikely! So we have PGA Tour golf this weekend, and we’re hoping an up-and-coming talent gets a useful win, or maybe a past-his-prime veteran comes out of nowhere and gives The Shotgun Start something to shout about.

Either way, we’ll be here on Monday to let you know what happened in Bermuda while you were watching football. How’s that for a sales pitch?

The Must-Sees of Public Golf Architecture in America

This stunner on the Atlantic Ocean might be the toughest course in America, but layered into the difficulty is Pete Dye’s imagination and strategic brilliance. The Ocean Course is far from just a slog. There are many stand-out holes—including the short par-4 3rd and the exacting yet subtle 14th—but the four par 3s have stuck with me the most. Each plays in a different direction, and each has its own, instantly memorable identity. While the price tag is steep, the Ocean Course is worth visiting once in your life. Just be sure to bring plenty of extra golf balls.

Listen to our podcast on the construction of the Ocean Course, and check out our video on its design.

Insider tip: The beaches on Kiawah Island are huge and amazing, and dogs can be off-leash from November 1 to March 15. -Andy Johnson 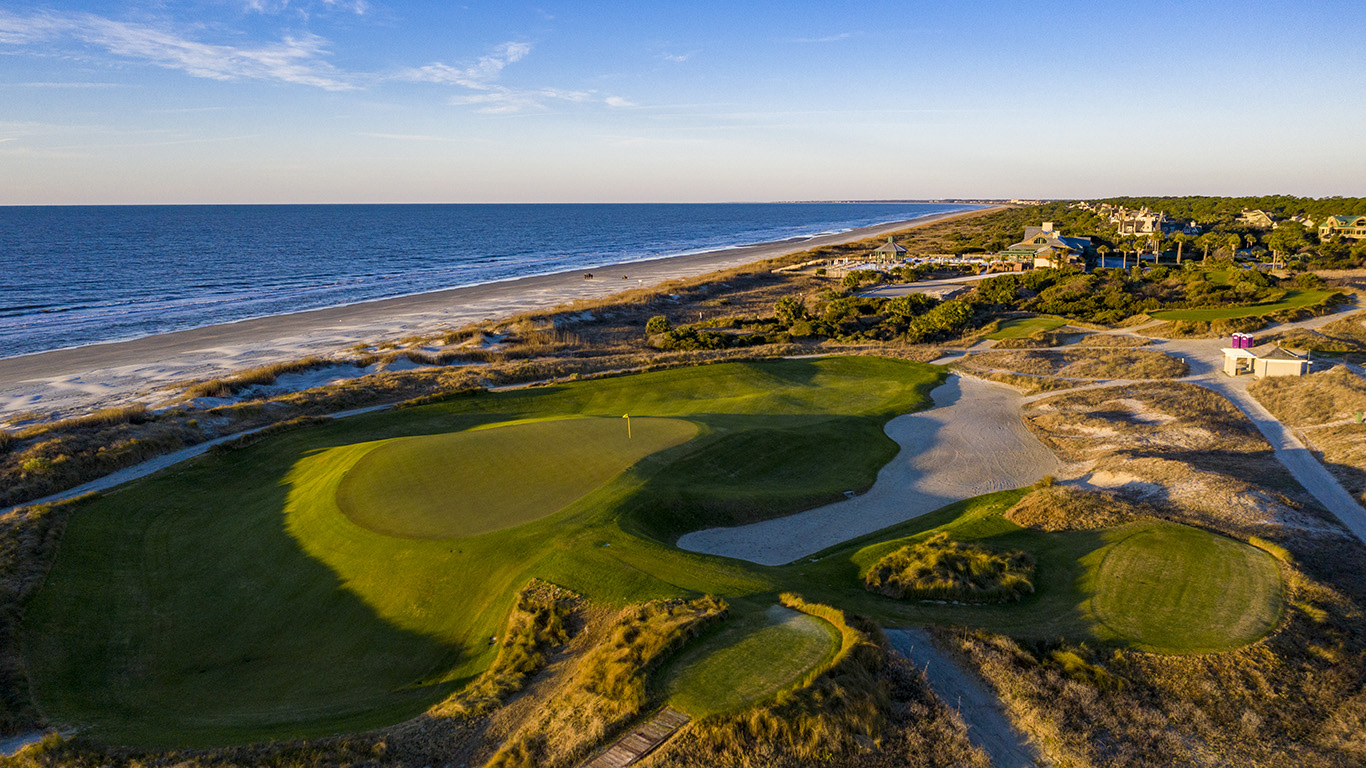 Oklahoma and Oklahoma State are set to face off in the championship match at the men’s East Lake Cup. On the women’s side, Oklahoma State will take on Duke. Scoring

The USGA and R&A have finalized the details for the new 2022 Rules of Amateur Status.

The Shotgun Start – Are we witnessing the worst field in PGA Tour history? Andy and Brendan discuss. Listen on iTunes, Stitcher, and Spotify.

Whether it’s a Bones Day or not, make sure your pet is rocking the Fried Egg! The Tracks of Brooksie’s Tears

Brooks Koepka appeared genuinely emotional after winning LIV Jeddah. What should we make of that?

The OWGR Is a Gatekeeper. Is It a Benevolent One?